Tom was born in 1969 in Yugoslavia, and has three citizenships and passports: Bosnian, Serbian, and Australian. Married since 1994, with one 16yo daughter. His hobbies include: sailing, cycling, running, nude photography, and abstract painting. Tom is fluent in English and Serbian, his Italian is average (it used to be fluent), and his Russian and German are basic. He currently lives in Seoul, South Korea. Tom obtained his PhD in 2000 from the University of Novi Sad, Serbia. He then did his postdoc at the Western Australian Museum in Perth, Australia, from 2001 to 2007. Other major professional engagements included: Assistant Professor at the Sungkyunkwan University, Korea (2015-2016); Assistant Professor at the University of Novi Sad, Serbia (2014); Adjunct Professor, at the University of Tasmania, Australia (2013-2017); Associate Editor of the International Journal of Limnology (2010-present); Research Professor at the Hanyang University, Korea (2010-2014); Senior Scientist at the private consulting company Subterranean Ecology Pty Ltd, Australia (2009-2010); Guest Researcher at the Hamburg Museum, Germany (2009-2012); Editor for free-living Copepoda of the journal Zootaxa (2008-present); Cooperative Researcher at the Lake Biwa Museum, Japan (2008-2015); Honorary Research Associate at the University of Tasmania, Australia (2007-2012); Honorary Curator at the Tasmanian Museum and Art Gallery, Australia (2007-present); Research Associate at the University of L'Aquila, Italy (1999-2000); Research Assistant at the Institute of Marine Biology in Kotor, Montenegro (1998-1999); and Teaching Assistant at the University of Montenegro, Montenegro (1994-1998). 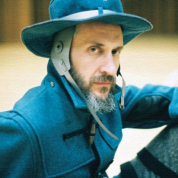 Tom started his research career in secondary school, working on bird and small mammal ecology and behaviour, presiding a local ornithological society, and editing their scientific journal (Ciconia) as an undergraduate student. Since graduation he started working on copepod crustaceans, with Prof. Gordan Karaman and Dr. Trajan Petkovski as main mentors. In 2001 he started a collaboration with William Humphreys (Western Australian Museum), who invited Tom to join his institution, where he stayed until 2007. During this period his research was focused on the taxonomy, phylogeny and zoogeography of free-living copepods, both in marine and freshwater environments. Working at the same time on European, Indian, Australian, New Zealand and Asian subterranean copepods, he is trying to understand connections among world aquatic subterranean faunas and processes of their colonization. Recently, he is increasing his work on marine copepods, especially in Asia. Today, Tom is the world’s foremost authority on copepods, with more than 60 peer reviewed scientific publications, eight of which are large monographic works. He has described over 100 new taxa (species, genera, and one family), and has worked on faunas from all continents and most environments. His philosophy is that the most a single individual can do to help preservation of biological diversity is to describe a new species. Current projects combine classical morphology and DNA, revision of families with both freshwater and marine distributions, and solving problems of cryptic speciation and habitat invasions. Another big part of his current research is pioneering the use of geometric morphometrics in taxonomy, and introduction of novel characters for species delimitation. He would like to change his research subject again, from copepods to humans. He is looking forward to implementing methods of evolutionary biology into areas of human behaviour, including politics, philosophy, religion, marketing, and sexuality.