Thorsten Botz-Bornstein was born in Germany and studied Russian at the University of Münster for two years. In 1985, he enrolled in philosophy at the Sorbonne Paris-I. He obtained a maîtrise in philosophy in 1990 and a Ph.D. in philosophy from Oxford University in 1993. As a postdoctoral researcher based in Finland Thorsten undertook research for four years on Russian formalism. He received a ‘habilitation’ from the EHESS in Paris in 2000 and worked as an adjunct. For three years Thorsten had scholarships in Japan for research on the Kyoto School. Later he worked for the Center of Cognition at Hangzhou University in China and taught philosophy at Tuskegee University in Alabama. At present he is working at the Gulf University for Science and Technology in Kuwait. 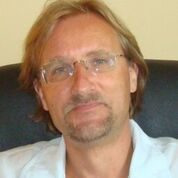 As a philosopher Thorsten is interested in the notion of the “organic”,  which brought him to hermeneutics, structuralist stylistics, Derrida, but also Nishida Kitaro’s basho (場所, place), the Chinese notion of wen(文) or the Russian idea of Всеединство (All-Unity). He continues working on philosophy, but often applies abstract theories to concrete phenomena. His research is situated on the crossroads of philosophy, cultural studies, aesthetics, religious studies, and political science. The best way to understand what Thorsten is working on is to go on his website and to have a look at the publication list; alternatively, here is a list of his research themes:

Space in Russia and Japan, On Hong Kong and Dubai, On the Maidan in Kiev

America and China, Russia and Japan

On Barbie,  Respect and shame

THE FUTURE OF EDUCATION

Crisis of education, The problem of “excellence”