Dr. Cheng has given faculty seminars and lectures in the Netherlands, Germany, Sweden, Poland, the US, the UK, China, Pakistan, and South Korea. Her writings can be found in refereed venues in the U.S., Canada, Britain, France, Germany, and Spain. 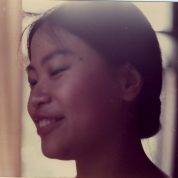 Comparing the key terms of my research interests to those of my colleagues at the SAS, it seems that my scholarship could fit quite well into the Material Relations team. Vulnerability, love, and compassion are major themes in my writings. Another subject of interest I share with the team is the ethics and politics of linguistic/conceptual practices, as is evident in my Begriffsgeschichte scholarship.[2]
“Love and compassion” is central to my publications on comparative literature and film. It is no less important in my writings on human rights, in which I contrast the independent subject in a rights-based society to the interdependent human beings in a duty-oriented society. I note how human relationships organized in terms of interdependence rather than independence can deconstruct the binary oppositions of self versus society, freedom versus responsibility, and positive versus negative freedom.
This theme is being further developed in one of my two books-in-progress, entitled Re-examining Human Rights Discourse via Levinas and Confucius: Interfacing the Jewish and the Chinese Experiences of Genocide in World War II. The project is prompted by the proposal of the Chinese representative P.C. Chang at the drafting stage of the UDHR. Chang recommended that the foremost mission of the UDHR should be the humanization of human beings—a Confucian idea. For the Chinese, crimes against humanity resulted not from the absence of concepts of rights in the world, but from people’s loss of their humanity/humaneness.
My book argues for the primacy of the “human” in “human rights”:“rights” ought to be at the service of the “human” and not the reverse. I draw attention to the living human being which has been increasingly trumped by abstract discussions of rights in the modern West. From the Vietnam War to Iraq, “rights” have been set above the “human” and hence the trivialization of human lives in defense of “human” rights. From colonialism to the wars on terror, liberal countries have their shares of human rights violations, not from their lack of belief in rights, but from their misrecognition of their victims as subhuman.
Levinas turns to Judaism after the Holocaust to prioritize the face of the Other before the philosophizing subject; likewise, Confucianism foregrounds compassion for the suffering of the Other before abstract legal, political, and philosophical discourse about rights.