A desire to discover the secrets of the past, touch ancient objects, participate in the most significant archaeological excavations of our time, and make many discoveries — these dreams made Jay Silverstein, SAS Professor, who is a hero of our interview, give up his career as a police officer in California and become a scientist. We asked Jay to talk about what it means to be an anthropologist, how anthropology is related to archaeology, and what attracted him to work at the School of Advanced Studies (SAS). 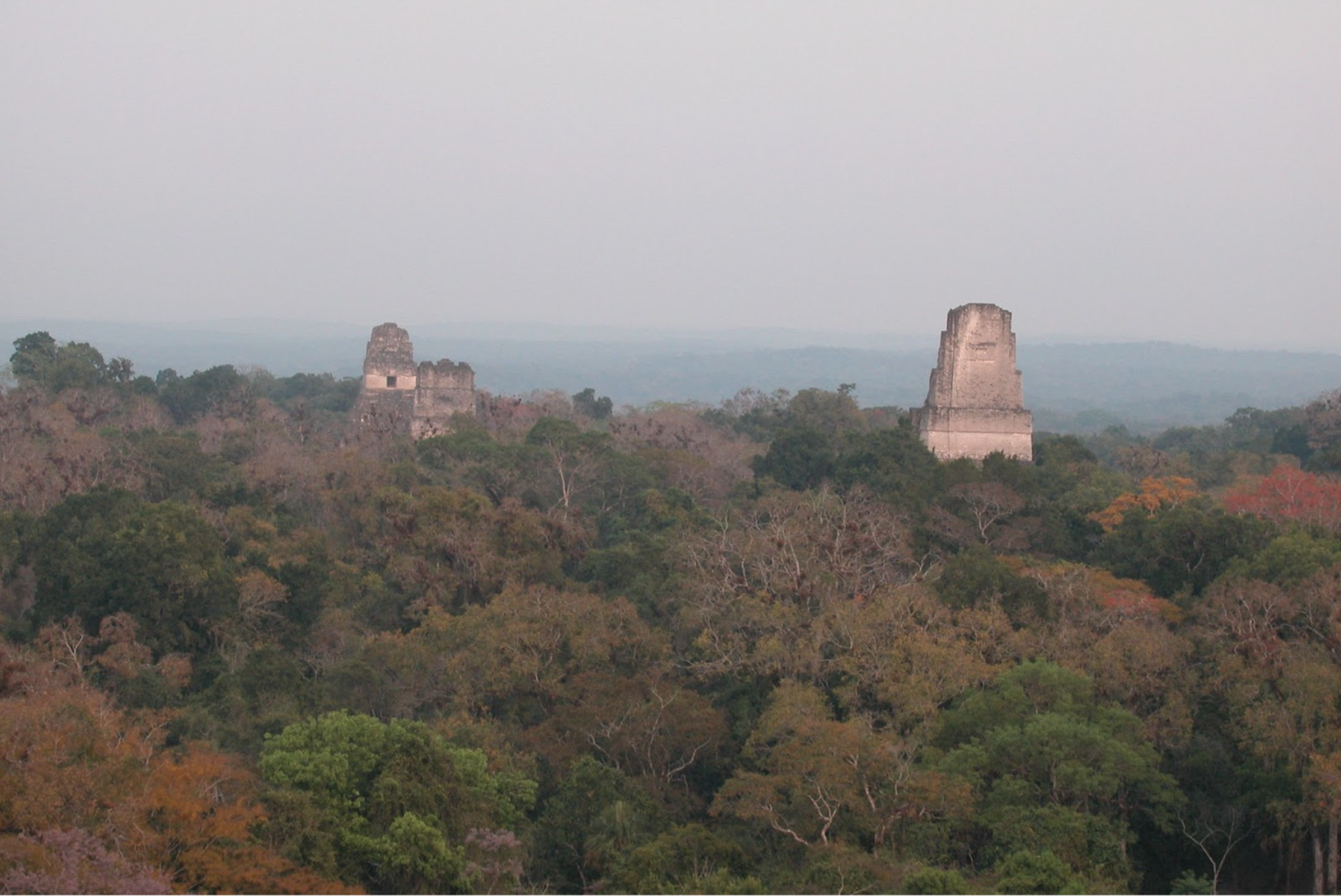 Jay Silverstein is an SAS professor, an anthropologist-archaeologist (PhD, Penn State University) with extensive international experience. He has been working at SAS since 2019, maintaining partnerships with the University of Hawaii and Cranfield College, as well as the status of a researcher at the National Geographic Society.

1. How do you determine your disciplinary affiliation? An archaeologist? An anthropologist?

I am an anthropological archaeologist.  In the US academic system, most universities consider archaeology a subdiscipline of anthropology.

2. How did you come to this disciplinary area?

I had a strong interest in 3 things, 1) history and lost and ruined civilizations, 2) exploring remote places/adventures, and 3) solving mysteries.  So, while working full-time as a Police Officer in California I began to take classes in anthropology.  Graduating from San Jose State with a BA in Anthropology with Distinction and as a President’s Scholar, I left police work to pursue graduate studies at Penn State.  My first project was at San Lorenzo, Veracruz, Mexico. It was a hot (50°C) humid, swampy and dangerous place, but the people were genuine and the discoveries amazing including the last of the great Olmex heads to be found (see picture).  That became my life. 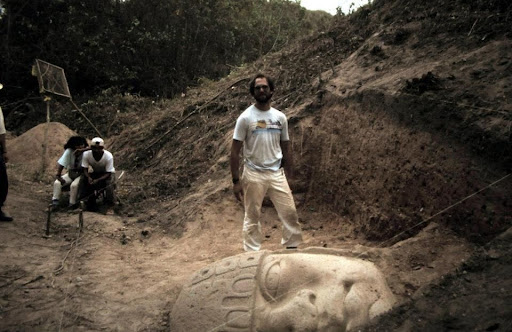 I worked on other projects in Mexico and then did my PhD work in the Tierra Caliente of Western Mexico.  Every day was an amazing adventure and discovery since there had been so little work there previously.  I was able to examine an imperial frontier between the Aztec and Tarascan Empires that was poorly understood.  I opened a museum there and I expected to continue my career there until my guide was assassinated.  My attempts to get justice for that made it impossible for me to continue working there.  From there I co-directed a project in Guatemala...the rest is history.

Anybody can be and, to a certain extent, everyone is an anthropologist.  The three characteristics (not necessarily skills) I would say are: 1) Curiosity, 2) love of the accomplishments of humanity, 3) a need to understand the nature of human society--particularly the lives of people from very different environments and times.

4. How are anthropology and archeology related?

Anthropology is the study of humanity in all its forms. To study something you need to be able to describe its differences, the processes that lead it to evolve over time, and its structures.  So this covers human societies, physiology, ecologies, religions, etc. Archaeology does this by looking at ancient civilizations through the systematic collection and interpretations of evidence usually collected from survey and excavation.

5. What are the most significant discoveries that have occurred in anthropology over the past 10 years?

The last 10 years have been dominated by my work at a Greco-Roman city in Egypt and my work with the US military searching for missing soldiers from past wars.

With the latter, I used a Ground Penetrating Radar to map a WWII graveyard in Buna, Papua New Guinea.  It was important to me personally since it was the same area my father served during the war. In another area, I discovered the extent of a volcanic eruption that had completely devastated a region I was working in the decade after the war.

In Egypt, I have been working on destruction of the city of Thmuis that parallels in time and extent the events of a 20-year rebellion described on the Rosetta Stone between the Greeks during the reign of Ptolemy V and the Egyptians fighting to retake their country. 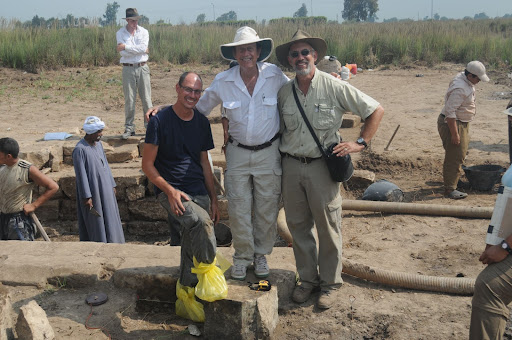 I am also working on reconstructing ancient fragrances based on residues recovered from a fragrance factory. The perfume made at Thmuis was considered the best of the best in the ancient world so the discovery of the factory is quite important. It would have been a perfume that Cleopatra VII would have surely used.

I have many other projects in the city including new destruction, perhaps from an earthquake during the Roman period, one of the earliest churches in Egypt, as well as various temples, treasures, a nilometer, and much more.

6. How many expeditions have you participated in? Which of them was the longest? Which one was the most significant for you?

I am not sure, perhaps 30 or 40 expeditions with the longest being my PhD work in Guerrero, Mexico. I would have to say that this is also one that was most significant.  It was the most daring, the one where the data collected was most significant, where the discoveries were most sensational, and where I truly learned to love the local people and developed bonds and respect that carries on today. 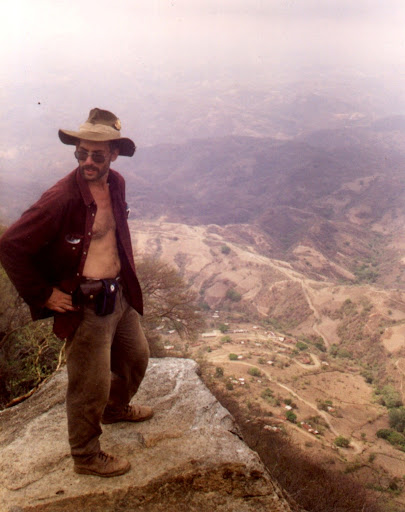 7. What is the most surprising and significant finding you have discovered during your expeditions?

Really, there have been so many I could list a dozen things. Most significant? I suppose it might be a reevaluation of the Great Earthworks of Tikal, Guatemala. These earthworks were discovered in the 1960s and played an important role in developing theories about militarism and the collapse of the Maya civilization. I gathered evidence to make a very strong case that the earthworks were actually a rather elaborate water collection system rather than a defensive system. Thus, the threat to the ancient Maya that led them to construct these earthworks came from the environment rather than their enemies.

8. Anthropology is often accompanied by such a term as “multiculturalism”. Why?

Since anthropology is all about studying other cultures, the recognition of the uniqueness of those cultures and the biases that the anthropologist carries from their culture is fundamental to anthropology.

9. Why is SAS major called "Sociology and Anthropology"?

The two fields, based on their studies of the structural aspects of human social organization, have considerable overlap.  It is a logical marriage and one that is not unique to SAS.

10. What is the title of your last published article? What is it about? How would you tell its contents to a 5-year-old child? And an 18-year-old SAS applicant?

The title is: "Eau de Cleopatra and Tell Timai."

5-year old: The Journal of Near Eastern Archaeology (Sep 2021). Imagine the Queen of Egypt, 2000 years ago, searching the world for the best ingredients to make perfume and how scientists might explore her search.

SAS Applicant: The ancient Egyptian nome of Mendes was world famous for production of perfumes. The best, the ‘Chanel No. 5’ of the of the time, was called The Mendesian.  At the archaeological site of Tell Timai, the adjacent sister city of Mendes, we have discovered a manufacturing area consisting of kilns and fragrance pots. We are now engaged in working with the archaeological evidence and residues and ancient written records in Greek books and temple walls to reconstruct the ancient fragrance.

11. What attracted you to come to the Anthropology and Sociology in SAS?

The progressive attitude of teaching as an exchange of knowledge and learning how to think. The nature of knowledge is changing rapidly with the WWW and increased access to information. Memorizing is not as important as have the breadth of knowledge to contextualize, synthesize, and critique information.

12. How many languages do you speak?

Only 2 sadly, Spanish and English, but I have a bit of Arabic, and a tad of Hebrew and now Russian.

13. What did you talk about at the last consultation with the student?

I don’t remember exactly, but it had to do with the quantification of information systems as they relate to the evolution of humanity.