Pavel Klimov has been working at the University of Michigan since 2000. He has authored 59 papers, as well as a monograph on phylogenetic systematics, coevolution, and biogeography. Dr. Klimov also teaches the Acarological Summer Course at the Ohio State University.

He is particularly interested in the relationship between mites and human health, and has been a key contributor in recent genomic sequencing of the American House Dust Mite. In 2014-2017, Drs. Almir Pepato and Klimov obtained funding from the Brazilian government to investigate the biogeography of the Brazilian coast. Klimov’s notable co-authors include Edward O. Wilson, one of the founders of island biogeography. 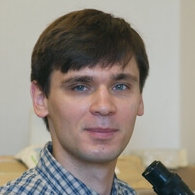