Nikolai Ssorin-Chaikov is Associate Professor at the Higher School of Economics, St. Petersburg. He graduated in History/Ethnography from Moscow State University (1987), and received his MA (1991) and PhD (1998) in Anthropology from Stanford University. He taught social anthropology at the University of Cambridge from 2001-2015. He specialises in Siberia and Russia, but has also carried out research in Britain and the United States. His research interests include anthropology and history of the state and governance, exchange theory, time, anthropology of aesthetics, and history of anthropology. Publications include The Topography of Happiness: ethnographic contours of modernity (in Russian: Topografia schastia: etnograficheskie karty moderna) Moscow: New Literary Observer Publishers 2013; special issue Ethnographic Conceptualism of the journal Laboratorium (2013), Gifts to Soviet leaders. Exhibition Catalogue (Pinakotheke 2006) and monograph The Social Life of the State in Subarctic Siberia (Stanford University Press 2003) 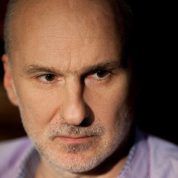