My name is Mirko Farina and I am a philosopher and a cognitive scientist. I am currently (2019-2020) Assistant Professor in Philosophy at Nazarbayev University and a honorary research fellow at King’s College in London. I was (2019-2016) a British Academy Postdoctoral Fellow at King’s College, London, where I worked under the mentorship of Professor David Papineau and of Professor Nicholas Shea (Institute of Philosophy, London). I was also a visiting scholar (Feb 2017) in the School of Philosophy at the National Research University Higher School of Economics (HSE) in Moscow.

I pursued my doctoral studies in the Department of Cognitive Science at Macquarie University (Sydney) under the primary supervision of Professor John Sutton and of Professor Max Coltheart. Prior to that I studied with Professor Corrado Sinigaglia in Milan (BA, MSc – Erasmus at UvA, Amsterdam) and with Professor Andy Clark in Edinburgh (MPhil) where I built up thorough expertise both in general contemporary philosophical methods and in independent critical engagement with empirical research in the sciences of mind.

I have published 22 papers in in top-tier journals and high-profile academic press books. I have delivered 47 academic talks worldwide and received several grants and prizes (for a total of approx. USD$1 million) by leading international institutions (including The British Academy for the Humanities and the Social Sciences, The Russian Foundation for Science, King’s College London, The Russian Foundation for Basic Research, The University of Cambridge, Aarhus University). 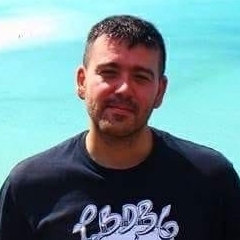