Luis Saraiva graduated in Biology from the University of Evora and the Gulbenkian Institute of Science in Portugal. He then became a Fellow of the International Graduate School in Genetics and Functional Genomics of the University of Cologne (Germany), where he received his PhD in Genetics (summa cum laude), in 2008. Funded by the Boheringer-Ingelheim Foundation, he spent a brief period as a visiting scientist at Harvard Medical School. As a postdoc with Nobel Laureate Linda Buck at the Fred Hutch (Seattle, USA), he investigated the molecular basis of olfaction and how such environmental cues can modulate behavior and physiology and be translated into perception. In 2013, he became an EBI–Sanger Postdoctoral (ESPOD) Fellow, in Cambridge (UK). There he pioneered the use of RNA-sequencing technologies to study how evolution or genetic variation shape the size and function of gene repertoires involved in vertebrate olfaction and investigated the molecular identity and heterogeneity of different olfactory neuronal populations. With the Sanger Early Career Innovation Award, he extended these studies to hypothalamic neuronal populations regulating appetite, and later to other systems. Importantly, he helped develop a high-throughput method that allows the identification of the spatial origin of cells assayed by single-cell RNA-sequencing within a tissue of interest. This is one of the foundational studies in the nascent field of spatial transcriptomics. Since October 2015 he is a Principal Investigator at Sidra Medicine (Qatar), and in June 2016 he also became an Adjunct Assistant Member at the Monell Chemical Senses Center (USA). 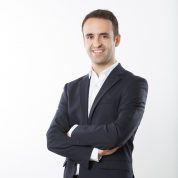 His research program aims to unravel the molecular and neural mechanisms underlying the transformation of environmental cues in complex behaviors and physiological changes, and to understand how individual genetic variation, gender, social experience, evolution and disease impact these mechanisms. An additional interest of the lab includes the identification of gene variants underlying complex traits and neurological, metabolic and endocrine disorders. He also specializes in the application of high-throughput transcriptomics to complex biological questions, including biomarker identification and the application of RNA-sequencing technology to the unique challenges of cell type identification and organ development and patterning, with a special focus on the metabolic and nervous systems. In his research, Luis actively collaborates with clinicians and employs an integrative strategy combining a wide range of established techniques (molecular biology, anatomy, genetics, physiology, behavior, and psychophysics) with omics technologies, resorting to both animal models and humans. He also aims to start collaborating with sociologists, as he strongly believes that the obesity and mental health pandemics of the XXI century can only be tackled by employing an integrative bio-psycho-social approach. Ultimately, he hopes to discover basic processes that can be translated into personalized treatment options, or social interventions, for patients affected by specific diseases.