Love is revolting. It both inspires revulsion and has revolutionary potential. From its sticky, intimate moments of boundary-crossing and home-making to its revolutionary potential in the arguments of Charles Fourier, Alexandra Kollontai, Martin Luther King Jr., and the ecosexuals, love strikes us as an ambivalent concept of pivotal importance to humans. In recent years, a growing number of thinkers have suggested that love be critically reinvigorated in both social and political thought and action. And yet, it continues to revolt (us), and this reinvigorating has yet to be done robustly and systematically.

Love is Revolting is a two-day interdisciplinary symposium at the School of Advanced Studies (SAS), University of Tyumen that invites scholars across the disciplines to engage in discussions about love. Among other topics, we encourage discussion about love and its connection to matter and bodies; its revolutionary potential for imagining new futures and modes of belonging; its ambivalence, slipperiness and grotesqueness as both a practice and concept; its relationship to power and subject-formation; and the emergence of new forms of loving in our techno-ecological age.

Tune-in to the online broadcast here.

The symposium is hosted and facilitated by the SAS Material Relations research group that aims to imagine new frames for ethical and ecological engagements with more-than-human materials, bodies, and creatures for the twenty-first century. The group speculates that love, broadly but critically conceived, may be an important mode of relation between humans and materials as we proceed through the twenty-first century. The participants of the symposium are invited to develop and/or rebuke this idea in a candid and open-minded scholarly discussion.

The first day will consist of talks by invited scholars from various disciplines and countries. On the second day, we will hold two multidisciplinary roundtables composed of members of the Material Relations research group, other invited participants, and the speakers from day one. The goal of these roundtables is to discuss methodologies for approaching love as a topic of scholarly research, the differences of these methods across various disciplines, and love’s potential as a practice and concept for imagining political futures. These roundtables will be moderated by members of the Material Relations research group. Questions to be considered during the roundtables will be distributed to participants in the weeks leading up to the symposium; however, participants are encouraged to deviate from the distributed questions as well.

The ultimate goal of the workshop is to find a path forward for the research on materiality and love, but even more so for an interdisciplinary rapport. 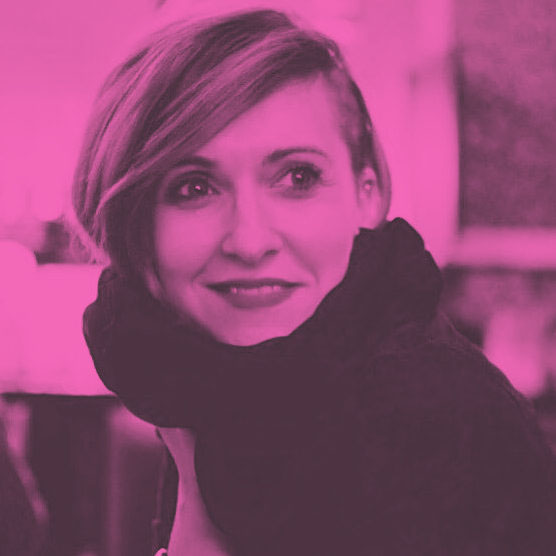 Visiting Professor (via Fulbright), New School for Social Research; Professor of English at Silesian University in Katowice, Poland; Editor of The Materiality of Love: Essays on Affection and Cultural Practice (Routledge, 2017) and Materiality and Popular Culture: The Popular Life of Things (Routledge, 2016). 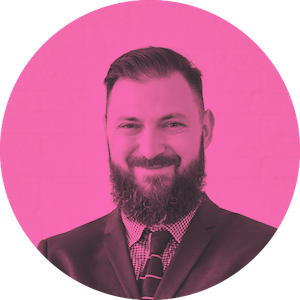 Evgeny Grishin is a historian of Europe and Russia in the period of early modernity with particular interests in language, religion, and materiality. He received his Bachelor’s degree in History and Law from Viatka State University of Humanities in Kirov and his Master’s degree in Russian History from the European University at St. Petersburg. In 2017 Evgeny earned his PhD degree with honors in History from the University of Kansas. He has been awarded scholarships from the Fulbright Foundation, Gerda Henkel Stiftung, German Historical Institute, among others.

Evgeny’s research concerns the role of language in the identification and consequent persecution of religious dissent, specifically of Russian religious groups known collectively as the “Schism” (Raskol), or the Old Belief (staroverie). The study treats language not as merely a means of communication, but rather as a complex social practice. This approach to language is manifested in the works of the Cambridge school of conceptual history (link 1) and Begriffsgeschichte. At the same time, Evgeny views religion as an important part of human experience not reducible to ideology or institutions. He takes part in several international projects (link 1, link 2) directed towards the study of religious discourses and ideas in Early Modern Russia. However, Evgeny’s research interests go beyond language and into the realm of material culture. He is specifically interested in the ways multiple identities are being constructed and manifested through material objects. The adoration of the tangible iconic images in various Christian cultures serve as an example of this phenomenon.

Right now Evgeny is working on the religious dimension of the human-nature relationships within the project “Material Relations: Nature, Subjectivity, and Love”.

Amber Jamilla Musser is associate professor of American studies at George Washington University. Her research is at the intersection of race, gender, and sexuality studies. Dr. Musser has also published widely on race and critical theory, queer femininities and race, race and sexuality, and queer of color critique. She is the author of Sensational Flesh: Race, Power, and Masochism (NYU Press, 2014) which uses masochism as an analytic frame to theorize felt relationships to power and Sensual Excess: Queer Femininity and Brown Jouissance (NYU Press, 2018), which centralizes women of color’s aesthetics to reimagine sexuality and which received a 2018 Arts Writer’s Grant from the Warhol Foundation. She is also a co-editor along with Kadji Amin and Roy Pérez of Queer Form a special issue of ASAP Journal on aesthetics and queer of color critique. Currently she is beginning a project on noise, ethics, and aesthetics and writes art reviews for Brooklyn Rail. 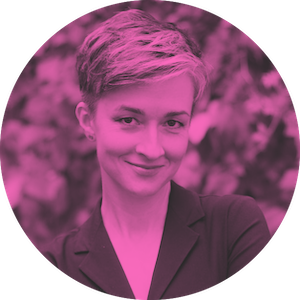 Originally from Poland, Margret grew up mostly in Texas. She studied German literature, philosophy, and art history at the University of Texas at Austin, while working in record stores. She received her Ph.D. in philosophy from Emory University in 2001, having had the great privilege of studying with Jean-François Lyotard before his death. Her first job was at the University of Houston-Downtown, and during that time she authored numerous articles about various aspects of French philosophy, visual culture, feminist epistemology, and radical democracy, among other subjects, as well as translating poetry from her native Polish into English. Margret has been tenured at both UHD and Goucher College, and received two international fellowships, from the Leverhulme Trust and the Fulbright Foundation. Following a year at University of Dundee as a Leverhulme Fellow, she lived in New York City and worked as a jazz vocalist from 2010 to 2017, while simultaneously commuting to Baltimore to teach at Goucher. Margret serves on the executive committee of the International Association for Environmental Philosophy and co-direct the Transhuman Alliance for Climbing Theory. She is the author of Whale Song (2017, Bloomsbury Academic Press), The National Park to Come (2015, Stanford University Press), Why Internet Porn Matters (2013, Stanford University Press), co-author of Beyond the Cyborg: Adventures with Donna Haraway (2013, Columbia University Press), and editor of Gender after Lyotard (2007, State University of New York Press). In recent years, she has published articles about time-lapse photography and climate change, bestiality pornography, jazz, and bored dolphins. She still translates occasionally and thinks about returning to music. She still thinks and writes “with” Lyotard.

Margret’s current interests grew out of her books The National Park to Come and Whale Song, where she examines environmental imagination, desire, and the attrition of social life. Her goal is to develop a framework for understanding the simultaneity and co-creation of environmental and social loss. Biopolitical capitalism, she argues, needs desire, which in turn becomes something to sustain. In her work, wilderness—understood as places, practices, and modes of animal life—becomes the theater for this ongoing dynamic. Margret has several related projects in progress in this area. First, she believes we need new conceptual resources in order to even begin to think cetacean being, and both posthumanism and human rights discourse fail in this regard. That cetacean life remains so firmly in late modernity’s “blind spot” at the same time as it continues to be fetishized is a clue that there’s work to be done here. Secondly, she is exploring the Chernobyl Exclusion Zone as a new space for both wilderness recreation and megafaunal restoration, in order to understand the role of desire in rewilding initiatives. And finally, her most developed project at the moment concerns mountaineering in late capitalism. Margret is co-editing Climbing Theory: A Handbook, and has written about climbing in the minnesota review, The Philosophical Salon, and The Atlantic. 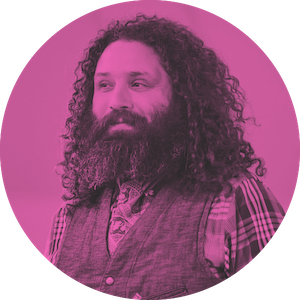 At the School of Advanced Studies, duskin drum is a founding professor and researcher in the Material Relations research group. He is an interdisciplinary scholar, artist, performer, and woodsman. In 2017, he completed a doctorate in Performance Studies with designated emphases in Native American Studies, and Science and Technology Studies at University of California, Davis. In 2005, he earned a Bachelors of Arts studying interdisciplinary theatre and performance at Evergreen State College . For 15 years, duskin has been making art and performance in Asia, Europe and the Americas.

The Material Relations research group is an interdisciplinary collaboration devising a new theory of love for studying ecologically substantiating human-nonhuman relations including technological relations. duskin is particular interested in nonhumans loving humans, or where people understand and feel themselves to be loved by non-human entities or materials. How does accepting speculation of universal sentience and vitality of nonhumans change the study of material relations?

Duskin is considering practices of love in substantive more-than-human human relationships such as petroleum, salmon, and server farms. He also wants to critique how love figures scientific research and language. He is deeply interested ethical and deontic regulations enacted by material entanglements with substantiating nonhuman and more-than-human arrangements.

Duskin’s interests in both the petroleum complex and indigenous legal systems emerge from analyzing and speculating about human-nonhuman ecological relations.

Duskin researches using methods from art practices, cultural anthropology, science and technology studies, ecological criticism, and indigenous studies. Duskin has been developing an innovative performance method. He devises participatory performances that submerge the participants in the crucial questions of his research.

He is also interested in comparative studies of knowledge production by contributing methods like creative practice-as-research, innovations from theatre and performance, and indigenous knowledge practices.

Duskin is also interested in anime, manga and other graphic storytelling.

Additional information is available at duskin's academia.edu page and his personal website. 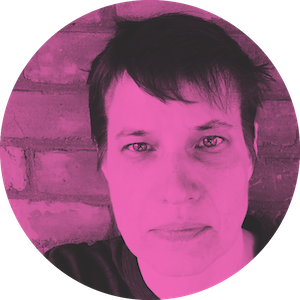 Professor of History, McMaster University, Canada; author of Face to the Village: The Riazan Countryside under Soviet Rule, 1921-1930 (Toronto: University of Toronto Press, 2011) and filmmaker