Dr. Lev Manovich is a Professor of Computer Science at The Graduate Center, City University of New York, and founder and Director of the Cultural Analytics Lab.

In 2013 Manovich appeared in the List of 25 People Shaping the Future of Design. In 2014 he was included in the list of 50 most interesting people building the future (The Verge).

Manovich is the author of 13 books including AI Aesthetics (2018), Theories of Software Culture (2017), Instagram and Contemporary Image (2017), Software Takes Command, (Bloomsbury Academic, 2013), Black Box - White Cube (Merve Verlag Berlin, 2005), Soft Cinema (The MIT Press, 2005), The Language of New Media (The MIT Press, 2001), Metamediji (Belgrade, 2001), Tekstura: Russian Essays on Visual Culture (Chicago University Press, 1993) as well as 140 articles which have been published in 35 countries and reprinted over 500 times. He is also one of the editors of Software Studies book series (The MIT Press) and Quantitative Methods in Humanities and Social Science book series (Springer).

The Language of New Media is translated into 14 languages and is used a textbook in hundreds of programs around the world. According to the reviewers, this book offers "the first rigorous and far-reaching theorization of the subject"; "it places [new media] within the most suggestive and broad ranging media history since Marshall McLuhan."

Manovich was born in Moscow where he studied fine arts, architecture and computer programming. He moved to New York in 1981, receiving an M.A. in Visual Science and Cognitive Psychology (NYU, 1988) and a Ph.D. in Visual and Cultural Studies from University of Rochester (1993). Manovich has been working with computer media as an artist, computer animator, designer, and programmer since 1984. His art projects have been presented by, among others, New York Public Library (NYPL), Google's Zeitgeist 2014, Shanghai 2014 Art and Architecture Biennale, Chelsea Art Museum (New York), ZKM (Karlsruhe, Germany), The Walker Art Center (Minneapolis, US), KIASMA (Helsinki, Finland), Centre Pompidou (Paris, France), ICA (London, UK), and Graphic Design Museum (Breda, The Netherlands).

In 2007 Manovich founded Software Studies Initiative (renamed Cultural Analytics Lab in 2016.) The lab pioneered computational analysis and visualization of massive cultural visual datasets in the humanities. The lab's collaborators included Museum of Modern Art in NYC, Getty Research Institute, Austrian Film Museum, Netherlands Institute for Sound and Image and other institutions who are interested in using its methods and software with their media collections. Since 2012 and 2016, Manovich directed a number of projects that present analysis of 16 million Instagram images shared worldwide.

Manovich is in demand to lecture on digital culture topics around the world. Since 1999 he presented over 650 lectures, seminars and master classes in North and South America, Asia, and Europe.

His digital art projects were shown in over 100 group and personal exhibitions worldwide. The lab’s most recent projects were commissioned by MoMA, New Public Library, and Google. Selfiecity.net won Golden Award in Best Visualization Project category in the global competition in 2014; on-broadway.nyc received Silver Award in the same category in 2015 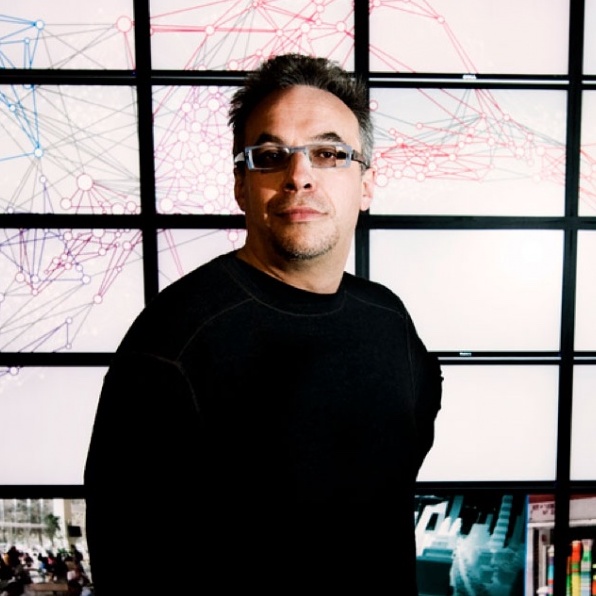