Krystian Szadkowski is a researcher at the Scholarly Communication Research Group of Adam Mickiewicz University in Poznań.

His interests cover political economy and transformations of higher education systems in Central and Eastern Europe, as well as the issues of the public and the common in higher education. He worked as a researcher for Education International (Brussels, Belgium), a largest teachers and academic teachers trade union organization in the world, as a consultant in policy projects funded by Polish Ministry of Science and Higher Education, and as an external auditor of the universities and ranking organisations for Polish Foundation „Perspektywy”, as well as for IREG Observatory on Academic Ranking and Excellence. In his work he is combining the philosophical reflection on higher education with the insights from practical and political engagement with the sector.

He is currently working on the two book projects: Capital in Higher Education: A Critique of Political Economy of the Sector, contracted at Palgrave Macmillan, and forthcoming in the series Marxism and Education, and (together with Jakub Krzeski), Critique as a Method in Higher Education Research. From Political Ontology to the Common, currently under review at Springer’s Debating Higher Education: Philosophical Perspectives series. For the last 10 years he has been the editor-in-chief of the most vibrant academic Marxist philosophical journal in Poland, Praktyka Teoretyczna (Theoretical Practice), as well as the editor of the leading Polish peer-reviewed journal on higher education research Nauka i Szkolnictwo Wyższe (Science and Higher Education). 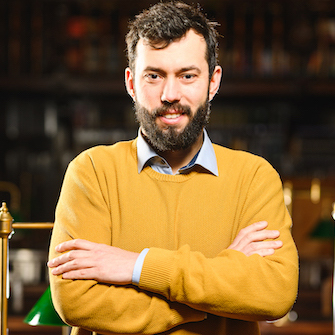