Edmund J. and Louise W. Kahn Term Professor in the Humanities, Chair, Program in Comparative Literature and Literary Theory, University of Pennsylvania. Kevin is a cultural historian and holds a Ph.D. from Stanford University. He works on the representation of history and collective memory in Russia, Russian historiography, Russian lyric poetry, and post-Soviet Russian culture. He is author of History in a Grotesque Key: Russian Literature and the Idea of Revolution (Stanford University Press, 1997; Russian translation, Academic Project, 2007) and Terror and Greatness: Ivan and Peter as Russian Myths (Cornell University Press, 2011). Currently, he is completing work on the book Culture Inside Out: Russians In Latvia and working on a project concerning Russian historiography from the 18th to the 21st centuries. 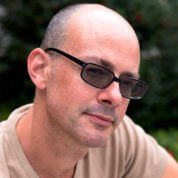