Joel Parthemore is a philosopher of mind and cognitive science who trained originally as a journalist before taking a master's in cognitive science and a doctorate in philosophy of cognitive science. The connecting thread is his interest in the way language shapes thought, thought shapes language, and both shape our understanding and encounter with the world around us. He sees the role of the philosopher as one of asking questions more than providing answers, and of keeping empirical researchers honest with how they interpret their results ("yes, the results could mean that, but have you looked at them this other way?"). Since receiving his doctorate, he has worked as a postdoc in a department of linguistics (Lund) and a department of engineering (Eindhoven), a senior lecturer in communications in a department of applied IT (Gothenburg), and a lecturer in philosophy in a department of cognitive neuroscience (Skövde). Raised in Pennsylvania in the US, he has lived on three continents to date: he was a US Peace Corps volunteer in Ghana for four years, teaching high school mathematics and IT literacy; and he both worked and studied in the UK for many years before settling in Sweden. When he is not researching conceptual or moral agency, he bicycles and backpacks long distance. This past summer he rode his bicycle from Vancouver, British Columbia, to Newark, Maryland: 6600 kilometers. He has walked the full length of the US Appalachian Trail (3500 kilometers) and the International Appalachian Trail (1200 kilometers). 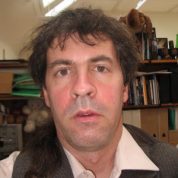 Joel Parthemore is interested in what he sees as the close link between consciousness and conceptual agency (the capacity for systematically and productively structured thought, per Gareth Evans), which he views as two sides of a single coin: one never appropriately attributes the one without the other. At the same time per Peter Gärdenfors, he wishes to mark a clear distinction between concepts and language, whereby complexly structured communication extends and transforms conceptual abilities but not does make them possible in the first place. He is particularly interested in linking fully reflective self-consciousness – as a higher order of consciousness – with the capacity for high-order concepts (concepts of concepts). He sees both of these, in turn, as linked to the capacity for mental time travel.

He is interested in arguments from Extended Mind Hypothesis and enactivism which see the largely Western notion of strictly isolated individual minds/consciousnesses being in error. Rather, every person is substantively shaped by the persons around them while substantively shaping those persons in return: there is no clear, fixed line where one individual stops cognitively and the next begins – or where the individual stops and society begins. Such an approach to minds and mental boundaries has significant consequences for how one thinks about communication – two persons are able to discuss a subject not just because they share similar conceptual frameworks but because their minds, in some important way, overlap – as well as for how one thinks about empathy.