Currently employed in the UK as an Associate Lecturer at University College, London (UCL) and at the University of Winchester, Joanna’s work is now chiefly interdisciplinary but her original BA Hons degree was in English Literature.

Her passion for Literature and storytelling was broadened by a diverse, early career in TV documentary production in the UK and Scandinavia, as a Commissioning Editor of Contemporary Fiction in the UK and north America and as an advisor and public speaker in the same field. Her deep interest in identity construction and national belonging has also been informed by her time, in the 1990s, as the Chairman of a UK based NGO working in primary healthcare projects in the emerging democracies of Eastern Europe, and by the interdisciplinary direction of her more recent academic journey.

Joanna returned to Academia in 2008, to teach 19th and 20th Century Literature and Poetry, before specialising in the Literature and History of the African diaspora in the West and the complex cultural legacies of the Transatlantic Slave Trade and its contemporary memorialisation. This ‘Black Atlantic’ study focus led, in 2010, to her securing a post graduate Research Scholarship position and to an invitation to teach the interdisciplinary programme of Black Atlantic Studies at the University of Winchester, UK. She has also enjoyed work as a visiting academic in the USA, lecturing on an annual, undergraduate Civil Rights Tour in the Southern USA, organised by the University of Wisconsin, Eau-Claire.

Black Atlantic pedagogy follows and extends Professor Paul Gilroy’s transatlantic, intercultural formation, in 1993, of Western culture and identity, aligning it now with intersectionality and shifting sociological contexts to better understand the social construction of race, identity and nation. Using a dynamic mix of historical and contemporary literary production, historiography and sociological theory, Black Atlantic studies encourage students to interrogate national and individual identity and to reflect on entrenched racial stereotypes, fixed perceptions of national history and the Eurocentric perception of cultural value in the West. It is a theoretical perspective whose parameters are now regularly extended to allow scholars across geographies and disciplines to constructively engage with - and variously apply - its egalitarian concepts.

In 2015 Joanna was awarded a fulltime PhD Studentship to foreground the continued relevance of Gilroy’s Black Atlantic formation. Her thesis assesses the powerful impact of both the presence or absence of black Atlantic thinking at diverse cultural heritage museums and sites of memorialisation. Interpretive case studies expose how the transatlantic reach, or racial complexity, of Atlantic history has been traditionally marginalised at most sites by dominant nationalist agendas. The case studies compare these traditional approaches to the curatorial strategies at two innovative new museums where the multifaceted displays and anti-essentialist conception promote a racially inclusive, egalitarian view of Western history and culture.

Joanna was recently commissioned to write an essay on how commemorative artefacts can be re-contextualised to foreground the very history they have traditionally occluded. Her broad research interests and her commitment to interdisciplinary academic approaches has also initiated a project with the Smithsonian, in Washington DC, to develop a new form of educational resource tool for Undergraduates. It is hoped this progressive resource can assist them in moving beyond the politicised fixedness of a national perspective, to find the transformative potential and positive overlap in a broader, transnational picture. 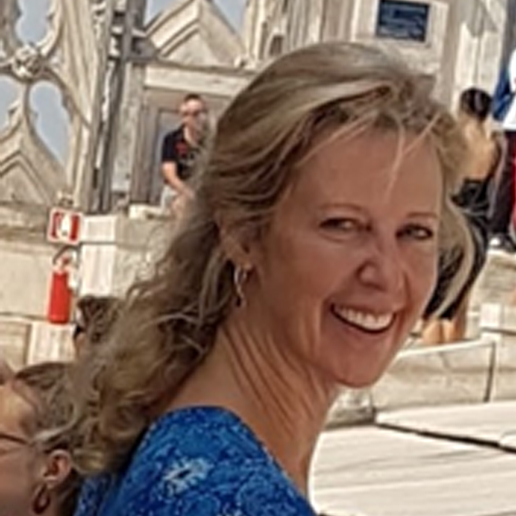