Igor Chubarov is a senior research fellow at the Institute of Philosophy, Russian Academy of Sciences, member of the Logos Journal editorial board, professor at the Centre of Modern Philosophy and Social Sciences at Moscow State University. He obtained his PhD from MSU in 1999 and a full Doctoral Degree from Russian State University for the Humanities in 2014.
Igor’s book Collective sensibility: Theory and practice of the left avant-garde (Moscow, HSE, 2014) was awarded by Andrey Bely prize, Innovation Award and U-Art Foundation prize (2015).
He was a scholar of the Alexander von Humboldt Foundation and the Volkswagen Foundation. He is the author of works on early-Soviet Proletarian art, Russian philosophy, theories of power and violence, the theory of machines and media theory. 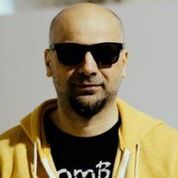 Igor’s research interests most relevant for SAS pertain to the analysis of new identities, ways of communication and relations of power and knowledge in the times of the rapid development of digital media. These processes are influenced both by changes of social patterns which are riddled by violence practices and power games. Over the past few years, we have witnessed not only the occurrence of new social identity, anthropological models and ways of communication, but also a relatively autonomous actor-network structure that produces new senses, new types and methods of dissemination, storage and perception of knowledge and information. Such interactions enhance philosophical reflection on identifying those important messages that new media produces according to W. Benjamin, M. McLuhan, Donna Haraway, Friedrich Kittler and Lev Manovich.
Thus, my present projects are focused on analyzing and rethinking of the emerging social order that has a chance on diminishing violent, exclusive and destructive social patterns.