Since 2008 Denis has been a moderator of project groups at Moscow School of Management SKOLKOVO programmes and strategic sessions for such corporations as Evraz Group, the United Aircraft Corporation, TVEL, TNK-BP. In 2011-2012 Denis managed the strategic and project work for the programme «Arctic Course: Strategic Development of the Northern (Arctic) Federal University». Since March 2012 Denis has been a moderator of the Open Government working group.

Denis Konanchuk was involved in developing and implementing programmes for the federal and regional level personnel of the Government of the Russian Federation, managers of the Government of the Republic of Tatarstan, reserve personnel of the Ministry of Industry and Trade of the Russian Federation, staff of the Central Bank of Russia (2003-2009).

Since 2011 Denis Konanchuk has been a Professor of Practice at the Moscow School of Management SKOLKOVO and Advisor to Dean for strategic projects. In October 2012 Denis Konanchuk headed the SKOLKOVO Education Development Centre (SEDeC).

Besides heading SEDeC Denis has been appointed Deputy Academic Dean since 2015. 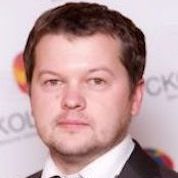