Deirdre Ruscitti Harshman is a doctoral candidate in the History Department at the University of Illinois, Urbana-Champaign, working on a dissertation project that explores the meaning of home in revolutionary Russia. She received a B.A. from the University of Pittsburgh in History, English Writing, and Russian and East European Studies, and attended St. Catherine’s College at Oxford University as part of their Visiting Student Programme. At the University of Illinois, she has taught courses on European history, urban studies, and utopian theory, and is interested in teaching courses on world history and literature and culture in historical context. She is very interested in working with colleagues on both academic questions (having run the Ralph T. Fisher Workshop on the topic of “The Soviet Home” in 2017) and pedagogical ones (having organized multiple teaching workshops for both graduate students and secondary school teachers through the University of Illinois’ Center for Historical Interpretation). She is also the Book Review Editor of The Soviet and Post-Soviet Review. 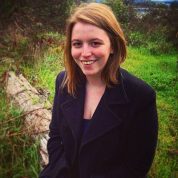 Broadly speaking, Deirdre is interested in how people interact with the spaces around them, and how these meanings of space have been historically constructed over time. For her dissertation project, titled “A Space Called Home: Housing and the Construction of the Everyday in Russia, 1890-1935,” she argued that looking at how the home functioned during the tumultuous revolutionary period offers us a new way to understand everyday life and its continuities, even in times of great social and cultural shift. In an article from the dissertation titled “Cooking Up a New Everyday: Communal Kitchens in the Revolutionary Era, 1890-1935,” published in Revolutionary Russia, she created a micro-history of the space of the kitchen to explore how both pre and post-revolutionary reformers and elites sought to reshape the home under the hope that such changes would have a transformative effect on everyday life. She is also the editor of a forthcoming volume titled The Soviet Home: Domestic Ideology and Practice, which examines themes of public/private dichotomies, consumption and production, and modernity in an interdisciplinary context, bringing together contributions from history, literature, art and performance theory, geography, and more. She is interested in pursuing future projects that touch on themes of material culture, space, and everyday life, particularly in urban contexts.