Benjamin is currently completing his PhD in History at Queen’s University Belfast in Northern Ireland. His thesis is a new history of anti-evolution movements in the United States since the 1960’s. Before starting his PhD, he earned a BA in Political Science with a minor in Anthropology (Washington State University), an MSc in Political Psychology (Queen’s University Belfast), and an MLitt in American Studies (University of Glasgow). 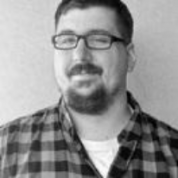 Benjamin’s research currently encompasses a broad area around the intersection of the history, philosophy, anthropology, and psychology of science and religion. While his PhD focuses on religious opposition to mainstream science communication (specifically anti-evolution movements), his peripheral interests lie heavily in technology, to include cultural responses to, and consequences of, artificial intelligence, simulation theory, and transhumanism. With the global consolidation of anti-evolution movements, the pervasiveness of quantum mysticism, the resurgence of flat-earth populism, and continued denial of climate change data, it is the goal of his work to help science communicators better understand their audiences.