Alex Miltsov is a social scientist, who specializes in work and occupations, social media and mass communication, deviance and criminology, and quantitative research methods. He is currently a PhD candidate (ABD) in sociology at McGill University researching the use of digital technologies at work. He received a Bachelor’s degree (Honours with Distinction) in sociology at Concordia University and a Master’s degree in sociology at the University of New Brunswick, Canada. The larger objective of his research is to critically investigate the socio-economic and cultural effects of digital technology use and media representation. His graduate work has been supported by a Joseph-Armand Bombardier CGS Doctoral Scholarship. 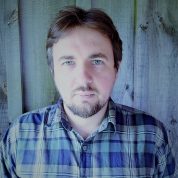 Alex’s work investigates several research and teaching areas. First, he examines the use of digital technologies in the context of workplace resistance, time appropriation, and “slacking”. His research is informed by such critical media and labour scholars as Berardi, Lazzarato, Ross, and Virno and it focuses on the ways in which cognitive workers use digital media and technologies for personal purposes at work. Combing a cross-national surveying and in-depth interviewing, Alex analyzes how the digitization of the workplace affects workers’ experiences and interactions, their private and social lives, and their work/life balance.
A second line in his research involves a quantitate project, which examines the factors in sentencing outcomes for high-profile criminal cases. Alex has developed a unique dataset that captures a wealth of detailed information on the nature and specifics of each case for a sample of over 4000 murderers in the U.S. from 1976 until 2004. This dataset allows to control for a variety of biographical, regional, and contextual factors in the analysis of sentencing outcomes for different socio-demographic groups.
The third area of research involves a Big Data project on the extent and effects of gender- and race-based representations in print and digital media. As a result of this research, he has coauthored an article on the individual and structural factors explaining the persistent under-representation of women in print news. This article was published in 2015 in the American Sociological Review and won the 2017 CITAMS Best Paper Award.